There were many wonderful little moments that happened during our camping trip last weekend. Here are some of my favorites: 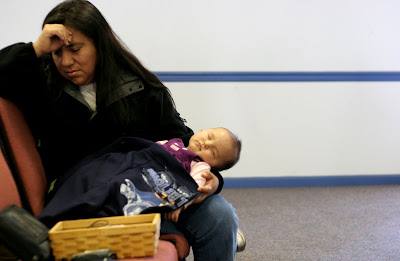 This baby was in a car crash just a few weeks after she was born. Most people did not think she would survive, but she did. We prayed victory over her life. Look at that precious baby now, just sleeping peacefully. 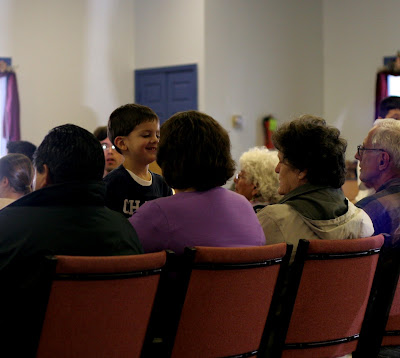 I just met this woman this weekend and I like her already. She has the cutest children. As I was standing in the back of the room being a camera creeper, I caught this moment between mother and son. 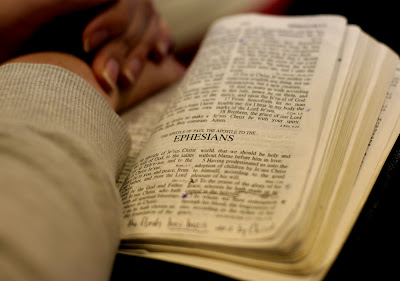 We had a wonderful speaker come to share with us that weekend. I (rudely) took some pictures during the message, but this was too good to pass up. That's my sister's well-worn Bible in her hands. 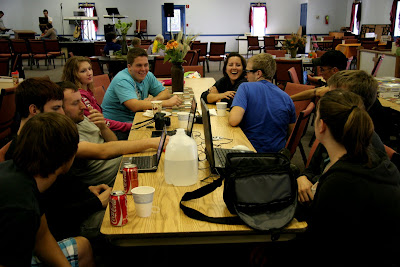 Michael told me before the trip, that his favorite part about church campout was sitting in the Hall with everyone and just hanging out. We sure did a lot of that! These people are awesome and I so enjoyed my time with them. 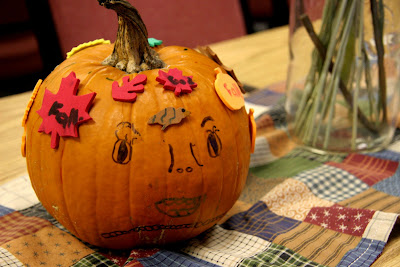 They had pumpkin decorating for the kids one day. I thought maybe this meant pumpkin carving, but I was wrong. It was better then pumpkin carving. I have no clue who made this, but it's so cute I could die. I love how they wrote "fall" on leaves and glued them to the pumpkin. And I think it's wearing some sort of necklace. It also looks like there is a fish between it's eyes. I could be wrong, but I hope it's a fish.

Appreciate the little things in life, guys. It's good for the heart. I hope these pictures made you smile!
written by jenna